Aired On : Wednesday to  Friday

Military Doctor of the escort formation Zhang Du Hang is transferred to the naval medical ship “Peace Ark” during a sudden emergency mission, but he followed suit during the mission. Lu Yang, a female military medical colleague, had a lot of differences in medical concepts. However, Zhang Du Hang and Lu Yang were assigned to work in the same department by chance. In this way, after the two experienced many emergency missions such as merchant ship distress, transnational disaster relief, fighting the virus, and overseas anti-terrorism, they finally got closer and closer after fighting side by side with many births and deaths, and wrote a story with the “Ark of Peace”. Sing a great anthem of the Chinese navy. 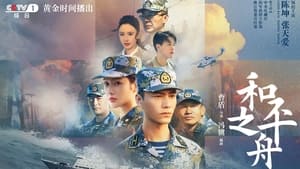