Aired On : Tuesday to Wednesday

Ki Jin is a budding fashion design student who dreams big: He wants to become a world-famous clothing designer. But the journey to the top of South Korea’s fashion tree is not an easy one, and he is struggling to find the right path. One day, on the street, he bumps into Yeong Woo, an ever-optimistic part-time delivery worker. Even though it seems everyone he knows has formulated a grand plan about how their future will unfurl, Yeong Woo doesn’t have a dream. While all others are in a rush to get somewhere in life, it seems that his own life is stuck in first gear.

Although things have got off to a decidedly shaky start for Ki Jin and Yeong Woo, they start to develop a fondness for one another, and start to wonder if their seemingly opposing blend of determinedness and acceptance could be a case of “opposites attract.” But when a leading model named Lee Bin arrives on the scene, things get complicated. He starts to develop a crush on Ki Jin. Could this development spell the end for the fledgling romance between Ki Jin and Yeong Woo? 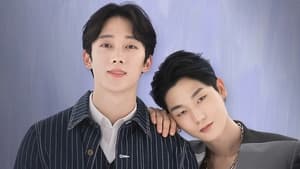