Five years ago, Wu Gang was killed by a drug trafficking organization named “K”, and his son Wu Zhen Feng was expelled from the police force. Utterly dissipated, Wu Zhen Feng boards the bus to the borders while his best friend Chen Yu chases after him relentlessly. Along the journey, the two were almost kidnapped. While saving his best friend Chen Yu, Wu Zhen Feng was brought away by the drug traffickers, and there has been no news of him ever since. When the two meet again, Chen Yu becomes a narcotics policeman while Wu Zhen Feng is now a famed murder suspect known by the nickname “Addict Lord”. Ignoring public dissension, Chen Yu sets out to find the truth and clear Wu Zhenfeng’s name, but he gradually discovers that Wu Zhen Feng’s return has another purpose. The two best friends begin a game of cat and mouse. 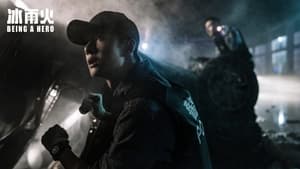