In 1937, Beiping and Tianjin fell into enemy hands. In order to preserve culture and education, several universities in the north of China decided to move to Changsha. Soon after, wars broke out in Changsha. Meng Hai Tang, who was a lecturer at the Medical School of National Peking University, escorted young students to Chongqing. Hai Tang, Kang Lan Shan, Zhang Qi, and other exiled team members from Southwest Associated University established a school and continued their teachings on their way to Chongqing. Meanwhile, Hai Tang and Zhang Qi fell in love with each other. They supported each other and developed a medical school under Peking University in Chongqing. Soon, Hai Tang was dismissed from school. Hai Tang and Zhang Qi went to Kunming, got married under the witness of Ling Kang and his wife, and re-developed the medical school in Mengzi. Due to the intense situation of the Myanmar-Burma Battle, Hai Tang and Zhang Qi led some students to establish a battlefield hospital. During the Battle of Pinggu, Zhang Qi was captured by the Japanese army and his whereabouts have never been heard since then. Hai Tang, who was pregnant at that time, carried on the only bloodline of the Zeng family. In 1949, Hai Tang and Lan Shan refused to go to Taiwan and stayed in newborn China. Hai Tang continued to engage in education, while Kang Lan Shan inherited his husband’s will and engaged in historical research. Hai Tang never stopped looking for Zhang Qi, and they reunited after thirty years. 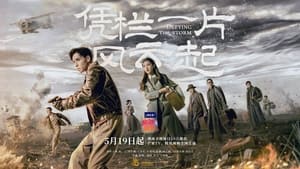 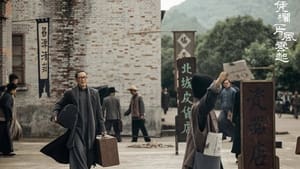