A story revolving around a group of teenage ice hockey players who dream of going professional. Chen Che is the star player of the United Nations Hockey Team, a former celebrity, and a rare hockey genius in Jiang Cheng for the past ten years. He is an impulsive teenager who is not bound by the rules and has an easy way to the top. In fact, he values affection and righteousness, and silently assumes the responsibility of taking care of others. Shen Zhou Zhou, who was once a graduate student in North America, has a cold personality and handsome appearance. On the rink, he has a strong executive ability, as if he were an indomitable warrior. The teenagers show all their effort on the ice rink, which not only presents the passionate dream-seeking enthusiasm but also conveys the steely spirit of competition. This is the journey of teenagers who went through hardship to achieve success and glory. 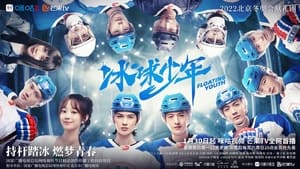