St. Girls Square Academy, or Garugaku for short, is a school that raises girls who dream of becoming professional star performers. This school is only open to those who have passed the auditions that have been held around the country. Students who attend here dream of standing on the “Girls Arena”, the gateway to becoming professional performers. However, only one team can stand on that stage. Last year, three teams stood on the stage. East2 (Yuzuha, Toa & Ran), West2 (Momoka & Minami) and South2 (Misaki, Youka, Kurea & Kira) who joined to become one team, Girls2. After performing that legendary live, West2 went to Asia and South2 went to the United States to further improve their skills. Meanwhile, East2 remained at the academy and inherited the student council from South2. And for Girls2, the principal gave them a graduation examination assignment that will make their major debut. What is that assignment!? 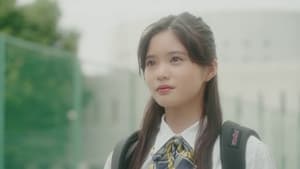