“I love you not because of who you are, but because of who l can be in front of you.” Because of an accident when he was 5 years old, Yu Shi developed a second personality named Noah. Noah is a quiet and emotionless persona. For years, Noah has protected Yu Shi as he grew up. But that was until he met Wu Zheng. Yu Shi wanted to be with Wu Zheng, but Noah didn’t trust Wu Zheng. Although Wu Zheng likes Yu Shi as well, his relationship with Shao Jie, the woman he’s been set up with, continues to disturb Yu Shi. Despite having a tragic childhood, Wu Zheng restores Yu Shi’s faith in this turbulent world. Now the question is, can Wu Zheng, a straight man, break through the constraints of the world and face his feelings for Yu Shi bravely? 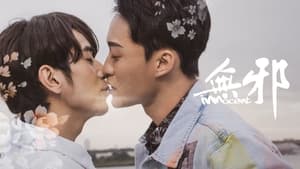