The story revolves around two university classmates who traveled far from home to Shanghai to pursue their dreams. Renting a place together, Dong Yang and Li Wen Jia eventually warm up to each other. Later after they affirm their feelings, they decide to get married. They suffered many setbacks in their careers including being framed at work and faced many struggles to build a life together. 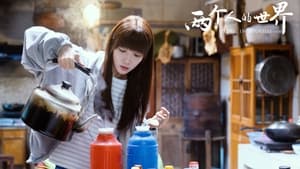