Description : Synopsis: In a small town in the north in the late 1990s, the third sister and brother of the Han family used to get along closely, but a rift appeared due to a family dispute. The eldest sister Han Aimei, who likes to be greedy for petty and cheap but willing to pay for the family, the courageous and responsible second sister Han Ailan, the clever and upright third sister Han Aizhu, the fourth brother Han Aisong who is kind-hearted and pursues justice, and the eldest brother-in-law Xu Baolai, who wants to make the winery good. Zhao Jinzhi, the second brother-in-law of the city government, has his own views and positions on how to continue the development of the winery under the wave of social change. Housekeeping and official affairs continue to be in chaos. In the face of crises, everyone makes choices that they think is correct, and often harms each other due to disagreements. In the end, in the face of difficulties, the family reunited and everyone understood what was really important in life and work. The Han family worked together and finally found a way for the winery to develop healthily. 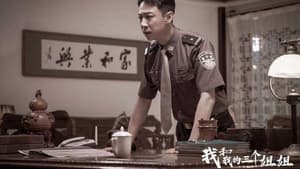