After the mysterious death of his mother, forensic science grad student Qin Ming travels to his mother’s hometown to investigate. Arriving in Longfan City earlier than anticipated, Qin Ming inadvertently finds himself involved in an entirely different murder case. Now working two cases at once, Qin Ming has no choice but to seek the help of the local authorities. The only problem is, Qin Ming has a horrible time trying to communicate with others. Doing his best to overcome his difficulties with communication, Qin Ming soon finds himself working with a number of forensic doctors and police officers. Working closely with the team, the barrier between them steadily crumbles as his outstanding professionalism and undeniable skill easily wins them over. The group works tirelessly to get to the bottom of this grisly pair of murders but as they draw closer to solving the cases, a number of shocking truths are revealed. Will Qin Ming and his team be able to handle the secrets they’re about to uncover? 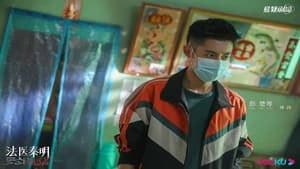