Other name : My Neighbour is Not Grown Up , Love Me Like a Child , Wo De Ling Ju Bu Zhang Da , Ngo Di Leun Geui Cheung Bat Daai , 我的鄰居長不大

31-year old Lin Yang is accomplished at work but does not have her own else and even her apartment was rented. In her boring life, suddenly appears 24-year old Lu Zheng An. Lu Zheng An was her neighbour who grew up with her, and has returned from studying overseas. He tries hard to enter her life, and eventually succeeds in moving into her house and intruding into her work. Lin Xiang constantly reminds herself that Lu Zheng An is a younger brother, but ultimately could not withstand Zheng An’s charms. Her boring life and sleeping heart was awakened with the appearance of Zheng An, and she finds herself falling for him. 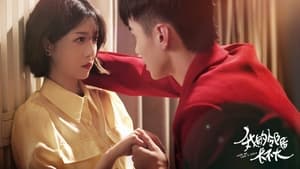