Jinake Saman is the university moon in the engineering faculty, known across the whole campus as the hottest moon. There was the saying among the campus “Nothing and no one was hotter than Mr. Jin!” One day when he broke up with his girlfriend, Aim, he fell apart in despair. He later discovered that the girl who broke his heart was the cousin of law student Be Bomb. Jin misunderstands that Bom and his cousin were flirting when actually he likes Jin. Bom has liked Jin since he was a freshman one year ago after Jin exchanged Bom’s lunchbox (because he couldn’t eat anything spicy) with his own food and rice. As feelings grow between them, can Jin understand Bom’s true intentions and come to see Bom as more than just a junior? 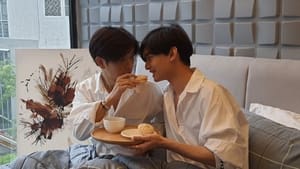