After graduating from university, Tang Keer joined a well-known online shopping company to work. General manager Huo Bin likes her. He and Kerr signed three actresses together as the spokesperson of the company’s products. In the process of signing the three actresses, they have gone through hardships, and they have also developed love. Lu Xiang publicly challenged his younger brother, and he also liked Kerr. At the same time, there was an equity battle within the company, and Kerr was framed by her best friend and went to work at the bottom of the company. Suffering misunderstandings and shocks in Ke’er, Lu Xiang thought that Huo Bin would be shaken, but did not expect the brothers to fall into a whirlpool of love for each other. Kerr’s best friend Li Mei had a black hand on her, and the car accident hurt her. Tang Keer had difficulty in making a choice in the dilemma of love. Lu Xiang fell ill. His genetic disease could not have love and marriage. Everything he did was to make his younger brother cherish his career and love better. For the sake of love and the development of the company, Kerr took the initiative to act as the image spokesperson for the company’s products. After several twists and turns, she succeeded. 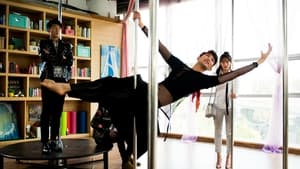