They were each other’s first love but they broke up due to a misunderstanding. Because of skiing, they encounter each other again years later having reached a bottleneck in their respective careers. It marks the start of their hilarious “conflicts” as they have a chance to rewrite their love song. He Feng is an intelligent and highly skilled tech expert. However, his capabilities are always doubted due to his young age. On the other hand, Wang Xiao An is a scriptwriter, but since she didn’t study scriptwriting in college, she can’t move away from being labeled as a thriller scriptwriter. Like this, both of them encounter a bottleneck in their respective careers. In order to prove himself in his company of being fully capable despite his young age, He Feng decided to develop a ski-related game and for that he urgently needed a ski master to help him create an exciting storyline for his game. After learning that Xiao An is a ski master, he decided to approach her first, despite their past misgivings. Xiao An, having no other choice but to accept his offer, reluctantly agreed hoping this arrangement and new job will help her continue her dream of being a scriptwriter and reaching new heights in her career. 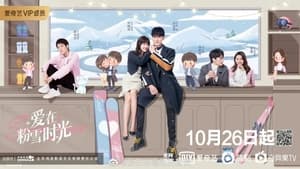