Other name :So I Married the Anti-Fan , No One’s Life is Easy , Geuraeseo Naneun Antipaengwa Gyeolhonhaedda

Hoo Joon is a top star and Geun Young is a magazine reporter who both attend a club’s opening night. There, Young witnesses Joon’s violent behavior and accidentally vomits on him. Young loses her job and is convinced that Joon has to be behind her firing. She retaliates by demonstrating in front of Joon’s management office, where her picketing eventually garners some media attention and the anti-fan label. A producer approaches her about participating in a reality TV show whose premise is that of a celebrity living with their anti-fan. Unemployed, she jumps at the opportunity. Meanwhile, Joon is offered the same show and accepts, thinking that it could only improve his image. When filming begins, Joon and Young try to give each other a hard time on set, only to fall head over heels for one another. 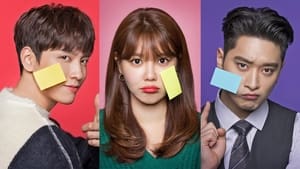