Do Gi has lived more honestly than anyone else as an officer in the Special Forces. Yet, when a serial killer murders his mother, he spends his days in agony. While feeling wronged and broken, Do Gi meets Jang Sung Chul, who recruits Do Gi to work for his company, Rainbow Taxi. Far from an ordinary taxi service, Rainbow Taxi is a secret organization that avenges victims whom the law didn’t protect. Here, Do Gi becomes a star driver who delivers satisfying revenge. Meanwhile, Ha Na is a prosecutor who investigates Rainbow Taxi. She is furious with their lawless behavior, but at the same time, she feels confused to see them solve cases that the law cannot. Between those who believe that revenge embodies true justice and those who pursue the outlaws, Do Gi seeks what justice truly means. 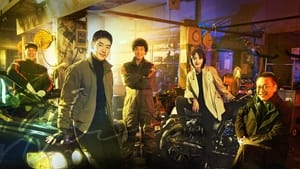