Papang, a student president and outstanding student of the school, perfect in every way, decides to kill herself in the middle of her own livestream in the same way as her favorite actress, Gina, the second female idol who was cyberbullied to the extend of committing suicide in the middle of her own livestream. This event made Khan, Papang’s brother, investigate the reason why his sister decided to commit suicide. With the help of Mr. Phat, a young teacher who is the assistant teacher of Ms. Wimol, the homeroom teacher of Papang and her friends. Khan and Phat start investigating the truth from students in the school like Nan, a social media addict who thinks she is inferior to Papang in every way; Toon, a straight A student at school who wants to be the student president to go along with her grades; Pok, a young man who had a crush on Payang, but was brutally rejected; or even her mother, Pimpa, who had problems with Papang since a long time ago, starting from the fact that Pimpa was in a relationship with Wittaya, who has already had a family and Pimpa herself seems to be hiding something as well. The more they search, the more Khan and Phat become suspicious about the clues and find out that behind the seemingly perfect world of Papang, she was suffering of defaming and bullying. In the end, who made Papang commit suicide? 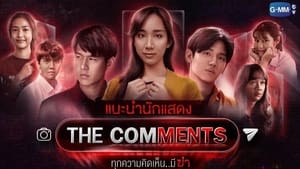