Aims to deliver a message about justice through a “live courtroom show” that the whole nation participates in. Is Kang Yo Han, the titular “devil judge” who emerges amidst chaos and confusion, a hero of the people or a demon who wears the mask of the law?

Kang Yo Han is a head trial judge who wears legal robes in order to hunt down villains. He is the “devil judge” who wears the mask of the law and punishes the greedy and power-hungry through the courtroom show. He creates an aura of mystery around himself with his handsome face and elegant tastes, but it is impossible for anyone to know what he is truly thinking inside.

Jung Sun Ah is Kang Yo Han’s greatest rival and the executive director of a CSR (corporate social responsibility) foundation. With her beauty and her brains, she is closely involved with many important people, including Kang Yo Han, and has the power to shake up the nation.

Kim Ga On is an associate trial judge who shines as the one ray of hope in a dystopian world. He lost his parents when he was a child and spent a rough childhood, but he worked himself to the bone in order to get his first appointment as a judge. He has patience and endurance, but he is thrown into chaos while observing the actions of Kang Yo Han.

Yoon Soo Hyun is a police detective in a regional investigation unit who is on the hunt for Kang Yo Han’s secrets. She and Kim Ga On have been friends since childhood and grew up like siblings. Even though she is quite popular due to her e 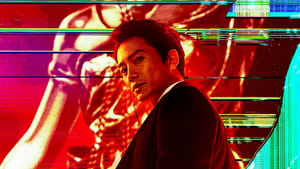