Li Chang Ge’s family was murdered by Emperor of Tang, during what became known as the ´Xuanwu Gate Incident’. She heads to Shuo Province disguised as a man, to raise an army with the goal of avenging her family’s deaths by killing the Emperor. Soon the Captain of the Shuo Province army in Zhangzhou, she finds herself on the losing end of a siege mounted by General Ashina Sun, who now lays claim to her, deeming her his personal military strategist. 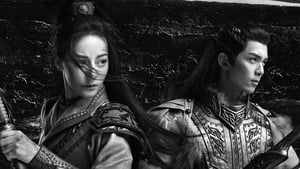