The career of female psychologist He Dun has been hit hard. He Dun, who was depressed, accidentally met Ye Jia Hui and Qian Kai Yi, and under Qian Kai Yi’s insistence, the two co-hosted an emotional psychology radio program, and Qian Kai Yi had a secret love. While the radio program is running smoothly, the operation of Heton Psychological Counseling Studio is getting busier. However, at this time, He Dun’s mentor, Ji Ming Cong, was exposed to a scandal. On the way to find the truth for her mentor, He Dun discovered the unknown secret of her mentor. The succession of events made Horton’s sleepwalking, which was worrying in his heart, reappear. 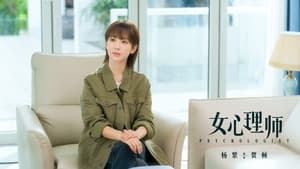